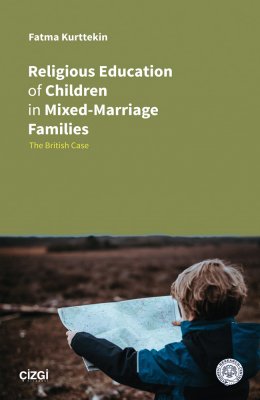 Religious Education of Children in Mixed-Marriage Families (The British Case)

Mixed marriage has become a much more frequently-encountered phenomenon in recent years, especially because of globalisation and the disappearance of language barriers; however, various religious groups impose restrictions on marrying outside the faith. Considering the questions and challenges facing many mixed couples might have, this book attempts to explore and describe the religious and cultural identity formation of children in mixed families. It focuses on families with one Turkish Muslim member and one non-Turkish, non-Muslim member.

This case study is divided into four parts. Chapters explore the mixed couples' ideas and attitudes regarding their children's religious education, as well as the effect of parental attitudes and religious preferences on the child(ren)'s religious development. It also gives a closer look at how the effect of multicultural and multi-religious British society on the identity and belongingness of parents and children.

This book is for those who want to learn more about how mixed couples discuss and evaluate important life decisions, such as where to live, what role religion and culture play in family life play, how to deal with religious-cultural differences, and how to address issues related to child(ren)'s religious education and identity. In addition, it will be of the relevant state
institutions with regard to Turkish nationals living abroad.