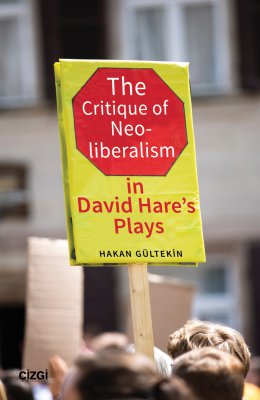 The Critique of Neoliberalism in David Hare's Plays

Neoliberalism is the most widespread of the capital-oriented ideologies theorized in the 2700-year history of money. Neoliberalism has dominated the political universe since the 1970s. British playwright and director David Hare, who in his fifty-year theatrical career created plays on world-shattering topics such as the Israeli-Palestinian conflict, the Chinese Revolution, the corruption of British institutions and Covid-19, brought the destruction of neoliberalism to the stage in the plays he wrote after the turbulent period of neoliberalism, the new millennium. In Stuff Happens, Hare stages the approval of international institutions for the invasion of Iraq in line with neoliberal ambitions. The Vertical Hour is an allegory of the paranoid logic and fear of politics after the September 11 attacks. The privatization of British Railways is the essence of The Permanent Way. In this play, David Hare presents a critique of Laissez-faire through real events and bereaved mothers. While Behind the Beautiful Forevers depicts accumulation by dispossession, the Power of Yes centers on the 2008 global financial crisis, the crisis of neoliberalism. Gethsemane describes the working class's submission to neoliberal policies and surrender to cynicism. This book aims to explore the importance of neoliberalism in David Hare's plays. Concentrating on economic and social injustices, David Hare explores the channels for criticizing neoliberalism that has undermined the core values of western society and the underlying social contract. In this book, neoliberalism is discussed in Hare's plays as a thematic marker describing policies of dispossession and privatisation, free market capitalism and the cynicism of the labour movement.