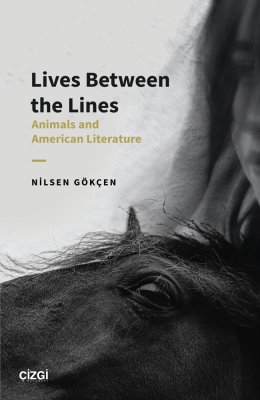 Lives Between the Lines (Animals and American Literature)

This book focuses on the age-old companionship of women and animals. Three of the works studied here are authored by women, and all four are discussed by referring to their female characters. Like animals, women are stepchildren of the symbolic system and language. By replacing the old tales with new ones and challenging patriarchal cultural norms, literature lays bare the ways how patriarchal system's tools have been excluding women and animals. Sarah Orne Jewett's "A White Heron" demonstrates Western religion's and science's complicity in the exclusion of women and animals by subverting an old story. Kate Chopin's The Awakening underlines the parallels between domestication of animals and the Victorian cult of domesticity. Faunia in Philip Roth's The Human Stain defies the human obsession with purity and finds her true home among animals as she wishes to become a crow. Finally, for Sigrid Nunez's unnamed narrator, Apollo the dog becomes the only saving grace in a cruel world. Reminding us of our hybridity as a species, each of the works demonstrates that we share this world with nonhuman animals, and denying this is not only unjustifiable but responsible for many moral wrongs. Therefore, if we want to survive as a whole, we have to opt for eco rather than ego and total liberation. It will not only save the world; it will make us humans a happier species.